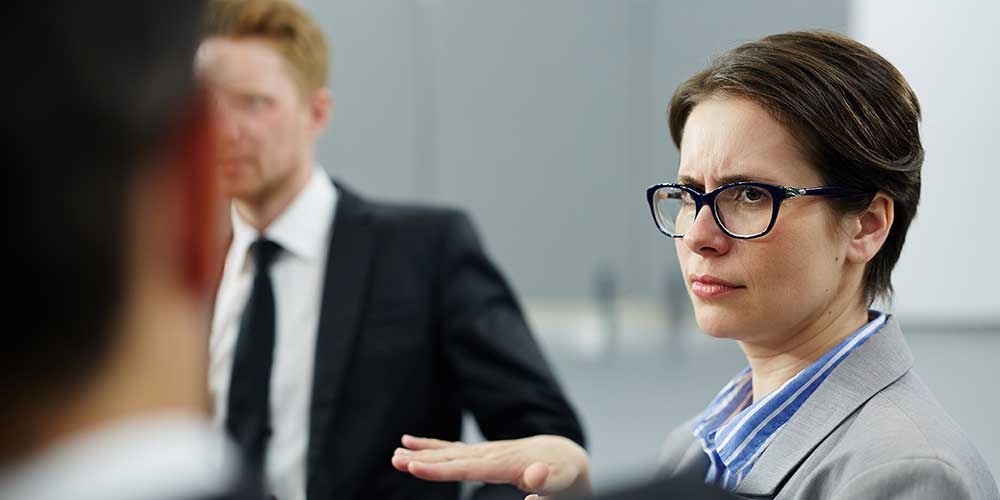 For more than 20 years, we’ve been investigating the attributes and skills that deliver high performance. We’ve captured hundreds of hours of filmed data showing real teams solving problems and making decisions during their everyday work. One important finding is that typically there is simply not enough disagreement, when teams work together to tackle the issues they face.

This matters because disagreement leads to better quality decisions. Even a single dissenting voice (including one that turns out to be wrong) forces colleagues to articulate their arguments and produce their evidence. Challenge exposes assumptions for questioning and deeper examination; biases and attachments are surfaced; weaknesses and risky implications are drawn out; more options are considered. Debate minimises the risks of the over-collegial team: groupthink and complacency. When these become embedded as common practices, they decrease innovation and increase poor decisions.

If disagreement is vital, why isn’t it typical?

Many of us dislike conflict. It makes us feel uncomfortable and we try to avoid it. We don’t want to be seen as abrasive, immature or ‘not a good team player’. But it’s wrong to conflate disagreement and conflict. It’s more useful to position disagreement as task-focused, while conflict often has an interpersonal element. This distinction liberates team members, allowing dissent and challenge to be more appropriately seen as each person’s responsibility.

In many teams, any type of challenge is viewed as risky. Good relations are so fragile that even a small disagreement about the task is experienced as a threat. Where there is a culture of command and control, low trust is the norm and not speaking up feels like the safest option. Important conversations are closed off too quickly and the dissenting voice that would have supported high-performance is effectively silenced by the need to agree.

Agreement as a seductive trap

Research over 20 years at the University of California by neuroscientist Matthew Lieberman and his team has demonstrated why human beings tend to prefer agreement and connection, over the risks of disagreement and rejection. Lieberman points out that, as mammals, we have evolved as somewhat inadequate individuals. We don’t have fangs or claws and we couldn’t run as fast as either our predators or our prey. Yet we rose to the top! Our ability to collaborate with others in groups, teams, tribes and clans more than made up for our physical inadequacies as solo individuals. Thus we evolved to be wired for connection and our brains became fine-tuned towards social interaction.

It seems that this social attachment system, which ensures bonding and connection, has piggy-backed, as it were, onto the physical pain system, borrowing pain signals to highlight disconnection and motivate reconnection.

In other words, to the extent that being separated from the social group is detrimental to survival, feeling hurt by this separation seems to have evolved as an adaptive way to prevent it. This helps to explain why it is that fMRI scans show that social pain is experienced in the brain in exactly the same way as physical pain. If you feel left out or think that others don’t like you, this is felt as the same sort of pain as if you had broken an ankle, or sprained a wrist. Other experiments have shown that the pain of social rejection can be diminished by painkillers, such as Tylenol, which are typically prescribed for physical pain.

In addition, pervasively across the globe, language systems use the same words for physical and emotional pain: you hurt my foot; you hurt my feelings; my leg is broken; my heart is broken.

Thus we can see why many team members may feel an aversion to disagreement. We are wired for connection and the agreeableness that goes with it. For these reasons, we can mismanage even productive disagreement by compromising when we should challenge and by being silent when we should speak up.

If we’re going to engage in the productive, task-focused disagreements that underpin high-performance, then we need a different mindset and new skills. For example, we need the sophisticated skill of deep listening. This is about fully opening ourselves to diverse perspectives, without leaping to judgement. We need to be able to accept that others can disagree with us and still be right.

A further motivator in this endeavour is the increasing acceptance today that complexity is part of the ‘new normal’ for organisations in all sectors. In complex, fast-changing situations, with multiple interdependent variables, there is only the slightest chance of there ever being a single right way forward. Life just isn’t like that!

Faced with tackling complex problems, the truth is more likely to be that each team member has a potentially valid piece of the puzzle. Instead of figuring out who is ‘right’ and who is ‘wrong’, it’s often more productive to investigate together a whole range of possible ways forward. This can lead to multiple small experiments to report back on later. In this powerful sense, disagreement expands possibilities and unlocks options, enabling us to thrive in the midst of complexity and uncertainty.