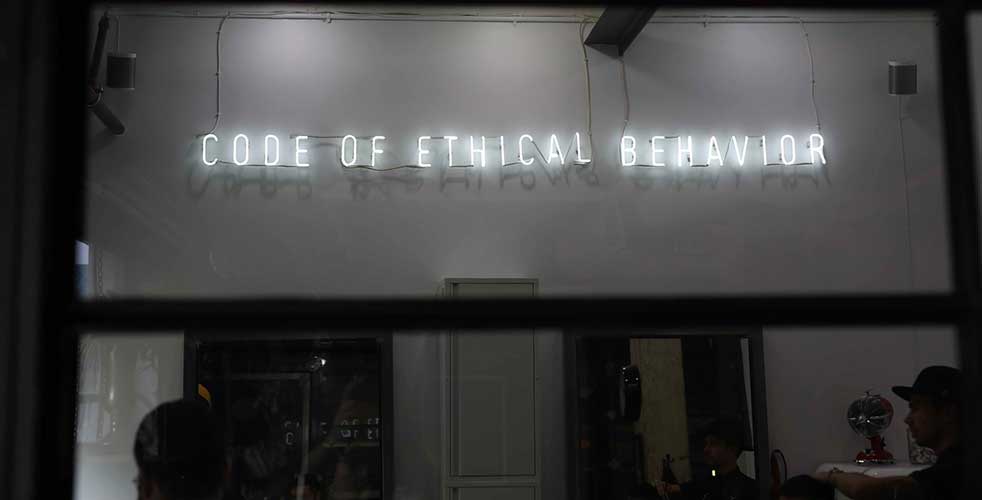 Nurturing an ethical organisation matters, a lot! A few months ago, a nurse working for a state health department faced an ethical challenge. She was working at a COVID vaccination facility. She knew that, at the end of the day, if the seal had been broken on a COVID vaccine vial, then any leftovers would be disposed of. They couldn’t be retained for the next day. The nurse observed that people working at the vaccination centre would routinely call friends and family to come and use doses that would otherwise have been wasted.

The nurse could see that this was ‘sort of’ the right thing to do. But she also felt uncomfortable that people were jumping the queue. She felt stuck about what might be her ethical responsibility in the situation. It seems she didn’t find any guidance in her workplace and she didn’t experience the kind of ‘speak up’ culture with her manager that might have enabled her to voice – and then work through – what she felt was an ethical dilemma – a dilemma of two ‘rights’.

For most people, ethical challenges tend to involve what seem to be two rights, rather than a clear right and a clear wrong. Most people are decent and strive to behave ethically both in their personal and professional lives. Their ethical challenges, when they occur, tend to be subtle.

Most of us – not angels or devils!

It’s important to note straightaway that research shows context and organisational culture are critical in determining our actions in ethically ambiguous situations. Each of us is neither angel nor devil, but a mix of the two!  How we behave in a given situation is determined by a range of factors and some of these are, more often than not, within the ability of an organisation to influence. In other words, you can grow an ethical organisation.

But returning to our (real) story: what did the nurse do?

She ended up calling the Ethics Centre hotline (Ethi-call)

Thinking through a choice or a decision from an ethical standpoint frequently concerns values clashes and the need to reconcile principles and test assumptions, so that you don’t jump to a conclusion that doesn’t work for you – or for your organisation – longer term.

These days, as the challenges that organisations face (in all sectors) have become ever more complex, so the likelihood of ethical dilemmas facing teams and individuals increases. A ‘thumb suck’ metric worth noting is that the service mentioned above (Ethi-call) has had to double its number of counsellors in the last two years, in order to keep up with the number of demands they now get.

Advantages of being seen as ‘ethical’

The benefits of being seen as an ‘ethical organisation’ are well documented. You are more attractive to talented employees. You are far less likely to end up in a messy scandal. You are much more likely to be trusted by the general public, by stakeholders and by investors.

It’s clear that all these groups are more and more focused on good governance and strong, transparent cultures. These are now recognised as a critical source of a sustainable ‘return on social investment.’

Yet all too often we fall short – as recurring scandals show

It’s difficult to read a news feed (or a newspaper) these day without learning about one or more examples of unethical behaviour in business or public life. Such cases, rightly, provoke public anger. They also erode the vital bonds of trust and loyalty between a given organisation and the community it serves. The public asks, “Why did these things happen? Who knew? Who should have known? Who tried to speak up but was silenced?”

It’s a justified concern. Ethical wrong doing in organisations and in public life quite rightly attracts headlines and scrutiny. Reputations (of individuals and organisations) end up being damaged. Careers are blighted. Shareholders state their anger. Communities express their disaffection. Investors and customers turn elsewhere. Voters determine to make their presence felt. In other words, increasingly, organisations are being held to public account when ethics failures come to light – and, in the end, they generally do surface in the public domain!

The most common approach to becoming an ethical organisation is to ramp up the code of conduct in order to better regulate behaviour in the workplace. It’s an attractive option. University of Tasmania researcher, Mark Wickham, points out this approach has the advantage of being a highly visible and relatively inexpensive way of demonstrating your organisation’s ethical standards to stakeholders. Learning about the code then becomes part of a new starter’s on- boarding and also a reference point if unethical conduct is subsequently identified and needs to be reprimanded.

But if employees are to be equipped to manage the ethical complexities of organisational life today, a compliance approach is insufficient. Examples abound of organisations with exemplary codes where egregious wrongdoing, nevertheless, was publicly exposed.

Research by Scott Reynolds, an assistant professor of Business Ethics at the University of Washington, highlights the weakness of a compliance driven approach. He found that critical lapses in ethics frequently occur NOT in the decision to do right or wrong, but rather in the ability/inability to recognise that an ethical decision was required in a particular context. He comments in his blog, “If I ask MBA students to provide examples of ethical issues they have encountered at work, one will come with 55 stories to tell and another can’t think of a single one. They work in the same industry, doing the same job, encountering the same situations. One sees the same situation as a business decision, the other as a moral decision. Same decision, different interpretation.”

Reynolds proposes the term ‘moral attentiveness’ and his research shows that a person’s level of moral attentiveness can predict their level of moral behaviour over time. He points out that, if someone is able to identify a situation as having an ethical dimension, then they are well down the path of finding an appropriate ethical solution. In contrast, for those who simply didn’t see the ethical issue at all, the odds that they will act ethically are significantly reduced.

Ethical learning has to be life long

Ethical learning is lifelong and it doesn’t develop by rote reference to the rules. Most ethical training in the workplace suffers from one (or even all) of the following problems. It’s a one-off event. It’s usually part of induction only. It’s never mentioned again. The focus is on rules, compliance and analysis. Precious little time is spent on action, or on practising the scripts or designing the implementation plans and habits of moral reflection: the things that actually help people notice questionable practices and speak up, giving voice to their values.

‘Why’ and ‘what’ might be covered but the vital ‘how’ tends to be completely missing.

What we know is that scripts, action plans and practice build ethical skills and the confidence or moral courage to deploy them.

Bringing your whole self to work

Most people are decent and they want to bring their whole selves to work. Work plays a huge role in people’s lives. For many, the majority of their waking hours are spent working and thinking about work related issues. Work and life are more tightly intertwined than they ever have been. The pandemic and the new hybrid workplace have underscored this blurring of the boundaries for many people between personal and professional life.

But the global push to express individual and group social identity plays a role too. People increasingly want to be authentic, recognised and accepted for who they are. They don’t want to hang up their ethical selves when they start the working day. They want their whole selves to find expression. For all these reasons, an experiential, skill-focused practice is essential. This type of practice makes it more likely that employees will recognise an ethical issue as such and feel equipped to take appropriate action.

Creating a safe space for reflection

Psychological safety is vital in this endeavour. The term describes a workplace culture where people feel able to speak up, disagree, challenge, make mistakes and seek support. Such cultures deliver critical business benefits, such as innovation. But they also nurture and grow an ethical organisation.

People feel able to ask questions about ethical dilemmas in the knowledge that their workplace is one where space is made for ethical reflection and an exploration of moral choices, together with their implications. Dilemmas can be examined and explored – with this seen as a positive.

Factoring in the ethical dimension every day

Managers can maximise ethical learning by weaving this into everyday work practices, as Smith and Kouchaki illustrate in their recent HBR article. Let’s think about projects and ‘project management’. A great deal of professional work is accomplished through projects of one kind or another. The authors point out that project pre-mortems are a robust way that key decision-makers can meet, at the outset, to identify ways the demands of this project might lead to ethical lapses. Pre-mortems of this kind encourage ethical learning by reflecting on moral considerations that might otherwise be overlooked.

In a similar way, an after-action review can ask: did the process and outcomes of this project align with our values and our code? Did we cross any ethical lines? Were any stakeholders minimised, harmed or excluded? Reflecting regularly on such questions can ensure everyday practices and everyday decisions are ethically robust.

An additional, and business critical point, is that such everyday ethical conversations promote the ethical intelligence advantages we argue for here, together with the (simple but profound) habit-building of ethical reflection as something every day, mundane and obvious to all.

Growing an ethical organisation involves not just ensuring people avoid doing bad things, it’s also about empowering them to do good. Actively seeking everyday opportunities for ethical conversations and ethical reflection help each person to be their best self at work. By integrating social and business dimensions, you can grow ethical intelligence, so that it becomes a powerful resource, helping teams to tackle the complex issues faced by all organisations today.

In your career thus far, you’ve probably been in situations where you experienced a values conflict i.e., what you felt you were being asked to do, versus what your ‘gut’ reaction was telling you about your personal view.

These questions are about encouraging you to surface your values and also, most importantly, to voice them in situations that matter to you.

Recall a time when – at work – your values conflicted with what you felt you were expected to do. Maybe you spoke up, maybe you didn’t. Ask the 9 questions below to promote insight and understanding. 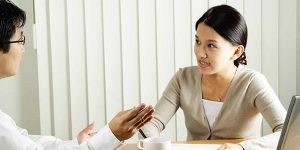 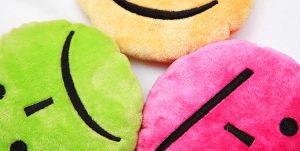 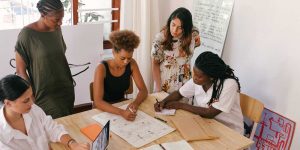