You need to adapt if you’re to survive

COVID-19 is probably the worst event most of us have faced in our professional lives thus far. But, as many business writers are pointing out, it isn’t unique. In the last 20 years alone, there have been terrorist attacks, bloody conflicts, disease outbreaks, bushfires, other unprecedented weather events, as well as a global financial crisis, data breaches and trade wars. The list goes on and the future is likely to be similar. Business as usual won’t cut it. If you haven’t already done so, you’ll now have to embrace continuous disruption and volatility, if you’re to thrive. It’s become clear there won’t be any ‘snapback’ or ‘return to normal,’ once restrictions are lifted. It won’t be like that. Hence the title of this briefing repurposes the comment by the English writer Robert Graves, “The future isn’t what it used to be!”

Instead, the ability to adapt will be the key to survival and long-term prosperity. Put simply – resilient organisations will recover faster. In the public sector, there is likely to be more scrutiny of the taxpayers’ return on social investment. In the private sector, many businesses are likely to need to operate to some extent with public money and thus will be asked to contribute to the shared goals of social and economic recovery.

Whether you rebound depends on your agility

There’s nothing quite like a crisis to fire up innovation. The current pandemic has already produced countless innovations. James Dyson and his team stopped what they were doing and designed a radically new ventilator in 10 days. In a similar way, many organisations are learning they can innovate when they shed old constraints and adopt a more agile, flexible approach.

In this endeavour, certain principles are proving useful. Engage people in questioning, experimenting, learning and adapting. Creating rapid feedback loops enables a team to start, stop or pivot what they’re doing in response to emergent factors and new demands that could never have been predicted. Don’t copy a case study or use the play book of some other organisation, even one in your sector. That rarely works. Things need to suit your context, with all its particularities and special challenges.

Failing successfully All this requires thinking in new ways about uncertainty, risk and failure. Organisations used to making orderly long-term plans find themselves struggling, given very little is now predictable. Inevitably, some projects are going to fail no matter how clever you are. Adam Kingl and his research colleagues at the London business School argue that organisations urgently need to make a strategic shift in how they judge ‘success’. There is now a pressing need to try new things, anticipating that some will fail. But make sure you know when, how and why you failed so that you can maximise your learning each time. Failure will need to be survivable because it will be so common!

Essentially, this is about being willing to experiment and to incorporate failure into your culture. But this can be a challenging proposition. Kingl surveyed more than 100 HR directors across all sectors in the UK about their organisations’ reaction to failure. They could select one of five answers as follows. A: anyone who fails is quickly moved out or fired. B: we never speak of it – it’s shameful. C: some failure is tolerated but it’s not shared. D: failure is shared to a point, but there’s a stigma. E: failure is shared openly and even celebrated. Only 3% of the HR directors said their organisation’s attitude corresponded to E.

Many of them added that, while their businesses know in theory that failure has a value, they struggled to embrace this new reality. Old habits die hard. Rules-based cultures – where blame and fear are accepted norms – result in people not daring to try something new. Not a strategy for success, when the context is shifting daily!

Instead of grand plans, design clever, small-scale experiments that will help you try out an idea in a quick, low-cost way. Limit the scope and make your hypothesis explicit, so that (whatever the outcome) you’ll learn something new. Accept that you’re unlikely to get the results you want first time. Iterate and improve. Always look for the learning or what could be termed the ‘return on failure’! If you experiment, you’ll become more agile. And if you build this capability within every team, then you’ll thrive in the midst of volatility and complexity. Reframing failure, risk and experimentation as new strategic assets is going to be critical for success.

This pandemic is forcing the pace and scale of innovation. As businesses have to do more with less, they’re being forced to find simpler and faster ways of doing things, many of which are proving to be better as well. Decisions you’re currently making could help to reshape your organisation and enable it to be more responsive, resilient and productive. Instead of hankering after the past, it’s more helpful to accept this new reality of complexity and volatility, and start imagining how to make it work – with optimism, courage and a sense of purpose. As we carve out a path in the new landscape, it’s perhaps fitting to close this briefing with the inspiring words of the famous explorer Ernest Shackleton, “Optimism is true moral courage.”

Ask yourself these questions, drawn from UGM’s research

Note where you feel more and less skilful.

Make a plan to improve any weaker areas and implement your stronger skills more often. 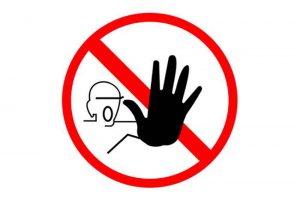